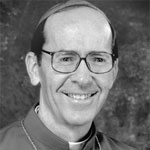 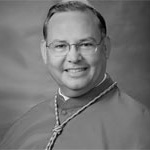 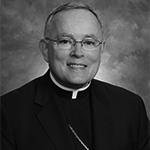 Archbishop Charles J. Chaput was born September 26, 1944, in Concordia, Kansas, the son of Joseph and Marian DeMarais Chaput. He attended Our Lady of Perpetual Help Grade School in Concordia and St. Francis Seminary High School in Victoria, Kansas. He joined the Order of Friars Minor Capuchin, St. Augustine Province, in 1965.

After earning a Bachelor of Arts in Philosophy from St. Fidelis College Seminary in Herman, Pennsylvania, in 1967, Archbishop Chaput completed Studies in Theology at Catholic University in Washington D.C., in 1969. He earned a Master of Arts in Religious Education from Capuchin College in Washington D.C., in 1970 and was ordained to the priesthood on August 29, 1970.

Archbishop Chaput received a Master of Arts in Theology from the University of San Francisco in 1971. He served as an instructor in theology and spiritual director at St. Fidelis from 1971-1974 and as executive secretary and director of communications for the Capuchin Province of St. Augustine in Pittsburgh from 1974-1977.

In 1977, Archbishop Chaput became pastor of Holy Cross Parish in Thornton, Colorado, and vicar provincial for the Capuchin Province of Mid-America. He was named secretary and treasurer for the province in 1980, and he became chief executive and provincial minister three years later.

Archbishop Chaput was ordained Bishop of Rapid City, South Dakota, on July 26, 1988. Pope John Paul II appointed him Archbishop of Denver on February 18, 1997, and he was installed on April 7 the same year. As a member of the Prairie Band Potawatomi Tribe, Archbishop Chaput was the second Native American to be ordained a bishop in the United States, and the first Native American archbishop. He chose as his episcopal motto: “As Christ Loved the Church” (Ephesians 5:25).

In 1999, building on the efforts of his predecessor in Denver, Archbishop Chaput founded St. John Vianney Theological Seminary, an affiliate of the Pontifical Lateran University. From 1998 to 2011, Archbishop Chaput ordained 71 men for the Archdiocese of Denver. Nearly half of the diocesan priests in active duty for the archdiocese were ordained by him. In 2002, assisted by his Auxiliary Bishop José Gomez, Archbishop Chaput founded Centro San Juan Diego in response to the pastoral and educational needs of the growing Hispanic community in Colorado. He later co-founded the national Catholic Association of Latino Leaders (CALL) and helped in the founding of ENDOW, a leadership initiative of Catholic women to “Educate on the Nature and Dignity of Women.” He was also instrumental in creating the Denver-based Augustine Institute, an independent, lay-run graduate school for the formation of lay Catholic leaders, catechists and evangelizers. Archbishop Chaput served on the U.S. Commission on International Religious Freedom, 2003-2006. Duties included religious freedom fact-finding missions to China and Turkey, and annual reports monitoring global trends in religious liberty mandated by 1998 federal law.

In 2005, he was named a member of the official U.S. delegation to Cordoba, Spain, for the “Conference on Anti-Semitism and Other Forms of Intolerance,” sponsored by the Organization for Security and Cooperation in Europe (OSCE). The national Becket Fund for Religious Liberty awarded him the 2009 Canterbury Medal for his work in advancing religious freedom.

Archbishop Chaput served on the Board of Directors for The Catholic University of America, Washington, D.C. (1994 – 2009) and the National Catholic Bioethics Center (1993 – 2006). He serves on the board of directors for Eternal Word Television Network, Birmingham, Alabama (1996 – present); The Catholic Foundation of Northern Colorado (1998 – 2011); St. John Vianney Theological Seminary in Northern Colorado (1999 – 2011); Redemptorists Mater Seminary in Northern Colorado (1998 – 2011); The Fellowship of Catholic University Students (2001 – present); Catholic Association of Latino Leaders (2007 – present); World Youth Alliance International (2010 – present). As Archbishop of Philadelphia, he serves as the ex-officio Chairman of the Board of Trustees of Saint Charles Borromeo Seminary.

Archbishop Chaput served the Holy See as an Apostolic Visitor to U.S. seminaries, (2005 – 2006); the Diocese of Toowoomba, Australia, (2007); and the Legion of Christ for Canada and the United States, (2009 – 2010). In February 2014 he was appointed to the Pontifical Council for the Laity by Pope Francis. In 2015, he hosted the World Meeting of Families and visit of Pope Francis to Philadelphia. He participated in the 2015 Synod of Bishops on the Family in Rome and was named a permanent member of the council for that synod.

His writings, discourses, and homilies are available at www.archphila.org > 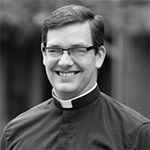 Fr. Sean Kilcawley graduated from the United States Military Academy at West Point in 1996 with a BS in Middle East Foreign Area Studies. After serving for three years as an Infantry Officer in the U.S. Army he entered St Gregory the Great Seminary in Seward Nebraska as a pre-theologian for the Diocese of Lincoln, NE.

He currently serves as Diocesan Director of the Office of Family Life for the Diocese of Lincoln, as well as Program Director/Theological Advisor for Integrity Restored. 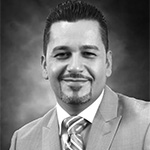 Hector Molina is one of the most dynamic and sought-after bilingual Catholic speakers and evangelists in the country, with over 25 years of experience in professional pastoral ministry and leadership in the Church.

At the age of fifteen, Hector attended a youth retreat that would awaken in him a passion for sharing the Good News of Jesus Christ and the truth of the Catholic faith. It was during his early years as a youth minister that he discerned his call to lay ecclesial ministry.

Hector pursued is theological studies at St. John's University in Queens New York while serving as Pastoral Associate in his native Diocese of Brooklyn. He served in this capacity for over a decade before relocating to the Archdiocese of St. Louis where he served for six years as Director of Hispanic Ministry and later as founding Director of The Office for the New Evangelization.

In 2009, Hector launched his own full-time speaking apostolate through which he ministered to tens of thousands at Catholic events throughout the United States, Canada, Australia, Southeast Asia, Latin America, and the Caribbean. In 2012, Hector joined the staff of Catholic Answers, the largest lay run apostolate of apologetics and evangelization in North America, where he served for two years as an apologist and speaker. He specializes in parish missions, evangelization workshops, apologetics seminars, and Catholic conferences in both English and Spanish.

With his great wealth of knowledge and pastoral experience, Hector has developed a solid reputation as being one of the most passionate and articulate expositors and defenders of the Catholic faith. Dubbed "The Motivangelist" for his dynamic and motivational style of preaching and teaching, Hector strives to faithfully communicate the Gospel of Jesus Christ and the teachings of the Church and to help inspire and equip Catholics to know, live, and share their faith with passion and purpose.

Hector is a devoted husband and father of five. The Molina's make their home in St. Louis, Missouri. 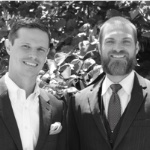 The Catholic Man Show is a real, relatable, and often comical conversation promoting virtue and the role men have in their vocation.

“They say the Catholic Church is ‘both/and’. Adam and Dave have both style and substance, humor and depth. TCMS is a must listen for any man wanting to grow in their spiritual life.” - Fr. Brian O’Brien - Diocese of Tulsa and Eastern Oklahoma

To find out more about TCMS, visit www.thecatholicmanshow.com > 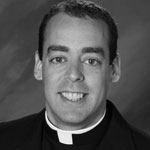 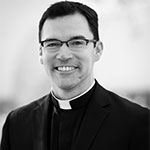 Vicar of Evangelization for the Diocese of Phoenix

Fr. John Parks was ordained a priest of the Diocese of Phoenix on June 5, 2010 and has served as parochial vicar of St. Daniel the Prophet and St. Timothy parishes. He has also served as the chaplain of Notre Dame Preparatory.

Fr. Parks is also a frequent speaker at Steubenville Youth Conferences and is a regular contributor to catholicbreakfast.com, an online apostolate which seeks to engage and re-engage millennial Catholics. 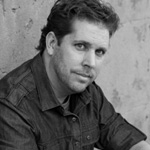 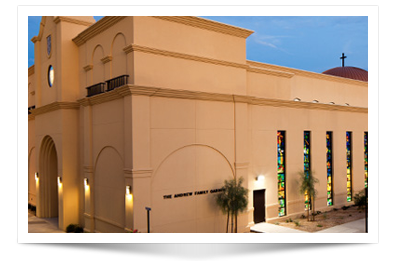 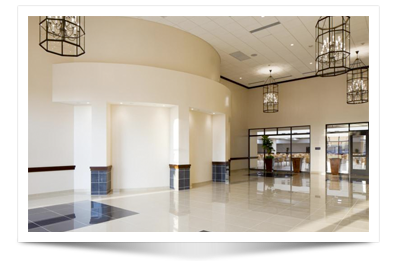