For more than a decade CMFP has striven to deliver content and speakers to assist the men of the Diocese of Phoenix in growing in their faith, discerning their vocation and leading their family. 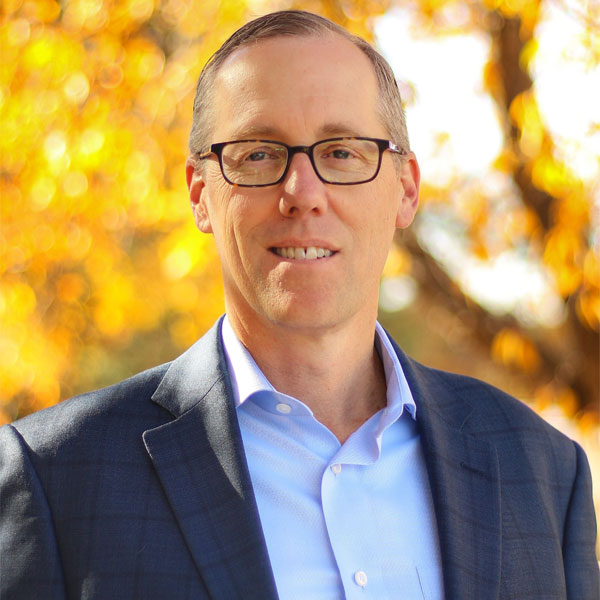 Tim Gray is President of the Augustine Institute and well known Catholic speaker and author. He received an MA from Franciscan University of Steubenville, ThM from Duke University, and PhD in Biblical Studies from Catholic University of America. Under Dr. Gray’s leadership, the Augustine Institute has created popular programs including Symbolon, a comprehensive program of faith formation for adults, FORMED, a digital platform with Catholic film, ebooks, and audio talks, and Signs of Grace, a sacramental preparation program for children. He is the author of several books including Peter: Keys to Following Jesus and Praying Scripture for a Change: An Introduction to Lectio Divina.

‍ Tim and his wife Kris, and son Joseph, live in Littleton, Colorado

George Weigel, Distinguished Senior Fellow of the Ethics and Public Policy Center, is a Catholic theologian and one of America’s leading public intellectuals. He holds EPPC’s William E. Simon Chair in Catholic Studies.

From 1989 through June 1996, Mr. Weigel was president of the Ethics and Public Policy Center, where he led a wide-ranging, ecumenical and inter-religious program of research and publication on foreign and domestic policy issues.

Mr. Weigel is perhaps best known for his widely translated and internationally acclaimed two-volume biography of Pope St. John Paul II: the New York Times bestseller, Witness to Hope (1999), and its sequel, The End and the Beginning (2010). In 2017, Weigel published a memoir of the experiences that led to his work as a papal biographer: Lessons in Hope — My Unexpected Life with St. John Paul II.

George Weigel is the author or editor of more than thirty other books, many of which have been translated into other languages. Among the most recent are The Cube and the Cathedral: Europe, America, and Politics Without God (2005); Evangelical Catholicism: Deep Reform in the 21st-Century Church (2013); Roman Pilgrimage: The Station Churches (2013); Letters to a Young Catholic (2015); The Fragility of Order: Catholic Reflections on Turbulent Times (2018); The Next Pope: The Office of Peter and a Church in Mission (2020); and Not Forgotten: Elegies for, and Reminiscences of, a Diverse Cast of Characters, Most of Them Admirable (2021). His essays, op-ed columns, and reviews appear regularly in major opinion journals and newspapers across the United States. A frequent guest on television and radio, he is also Senior Vatican Analyst for NBC News. His weekly column, “The Catholic Difference,” is syndicated to eighty-five newspapers and magazines in seven countries.

Mr. Weigel received a B.A. from St. Mary’s Seminary and University in Baltimore and an M.A. from the University of St. Michael’s College, Toronto. He is the recipient of nineteen honorary doctorates in fields including divinity, philosophy, law, and social science, and has been awarded the Papal Cross Pro Ecclesia et Pontifice, Poland’s Gloria Artis Gold Medal, and Lithuania’s Diplomacy Star. 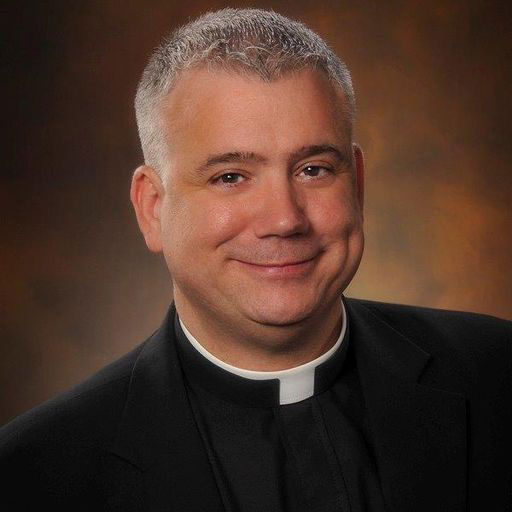 Father Larry Richards was born in Pittsburgh, Pennsylvania. After high school, he attended the college seminary at Gannon University and received his Bachelor of Science degree in Mental Health in 1983. Father Larry Richards continued his studies at the major seminary at St. Vincent in Latrobe, Pennsylvania, and received his Masters of Divinity degree in 1987. He will soon conclude his studies at the University of Notre Dame and be awarded a Master of Arts degree in Liturgy.

Fr. Larry Richards is the founder and president of The Reason for our Hope Foundation, a non- profit organization dedicated to ‘spreading the Good News’ by educating others about Jesus Christ.

Father Larry’s first book, “Be a Man! Becoming the Man God Created You To Be,” was published by Ignatius Press in October of 2009, and was the #1 best seller by Ignatius Press, having sold over 100,000 copies. In “Be a Man!” he recounts his struggles to learn true manhood, as well as the inspiring stories of others he has served in his decades as a priest. He tells men how to focus on the right goal, how to live as a beloved son of God, of the need to acknowledge one’s faults and to live according to the Holy Spirit, to be a man of true love and of wisdom, to appreciate properly the differences between men and women, to pursue holiness, and to make a difference in the world. Not preachy, but direct, Father Larry challenges men to be strong, without putting on a mask of false strength or machismo. He calls men to admit their weaknesses and limitations, while urging them to find strength in faith and genuine love to overcome their sins and faults.

Father Larry’s second book, “Surrender! The Life Changing Power of Doing God’s Will,” was published by Our Sunday Visitor in September of 2011 and has sold over 40,000 copies. Fr. Larry Richards challenges you to let go of attachments, assumptions, and excuses that hold you back from giving yourself more fully to God, in order to receive everything God wants to give you.

Father Larry can be seen on the EWTN televised programs “Living Right with Dr. Ray” and “Crossing the Goal”.  EWTN broadcasted a mini-series entitled “Be A Man” in 2014 in five episodes to inspire men to become the true heroes they long to be – men of courage, compassion and integrity. 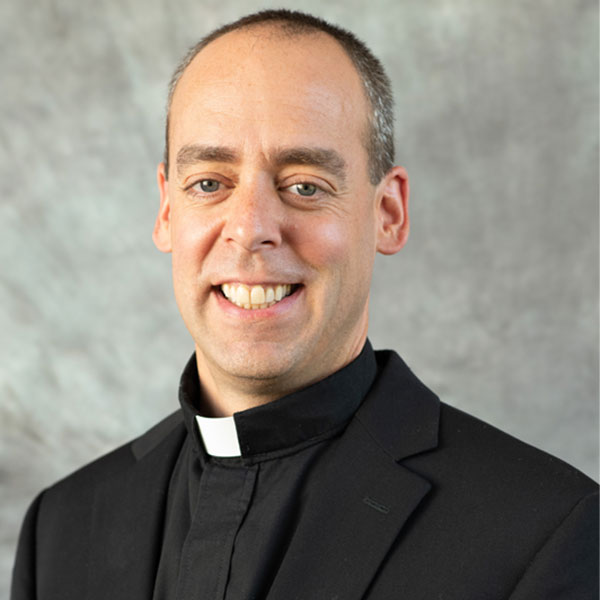 Raised in New York, Fr. Sullivan is the seventh of eight children to his parents who faithfully lived their marital vocation for over 50 years.

Prior to following the Lord's will in the priestly life, he worked as a CPA in New York and Phoenix. He was ordained a priest in 2007 after seminary formation at Saint Meinrad Seminary.

He has served in as a parochial vicar, director of a retreat center, high school chaplain and pastor. For 14 years, he has served as Director of Vocations. He is currently serving as Rector of the Nazareth House Seminary and Pastor of St. Gregory Parish in Phoenix. 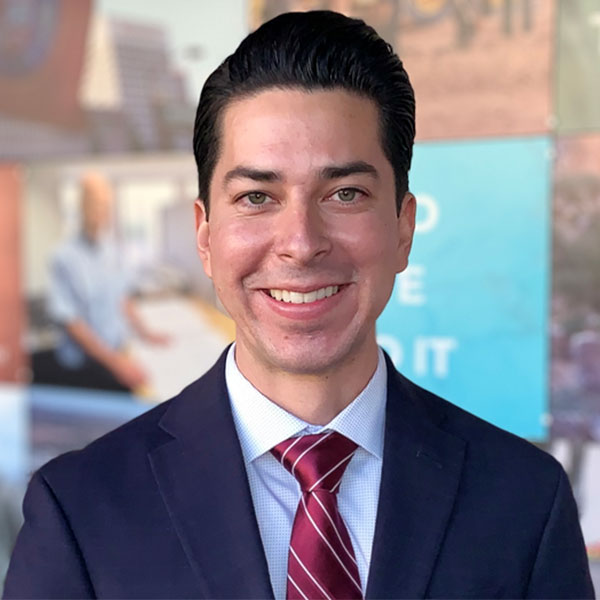 Andres Martin is a Permitting Services Coordinator with Maricopa County. He is the board president for the Arizona Environmental Health Association.

Andres is a 2018 graduate of the Tepeyac Leadership Initiative (TLI); a five-month civic leadership development program for lay Catholic professionals. He has also served TLI as a Facilitator for the Phoenix and National programs for the past three years. Andres is joyfully married to his wife Kara and they have seven children. 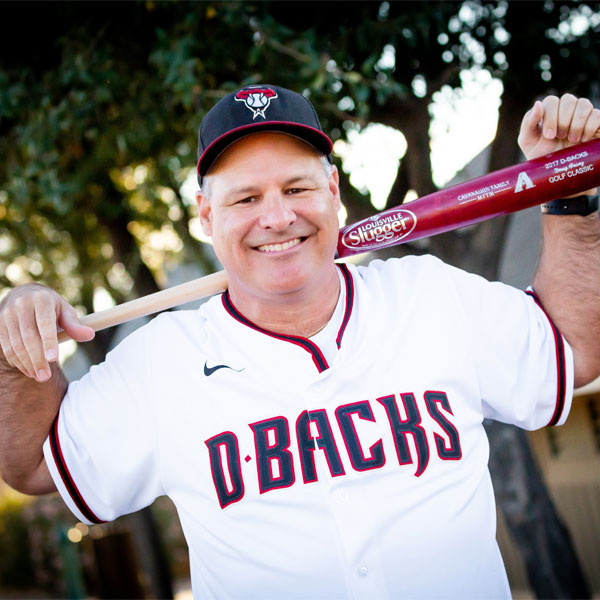 Doug Franz is the host of the only podcast devoted to covering the professional and college sports teams of Phoenix and Maricopa County that’s done by a radio professional. "Doug Franz Unplugged" can be heard wherever you download your podcasts.

Doug was born and raised Catholic in the Dayton, Ohio, area. He crammed a four-year degree into five-years at Ohio University. After his freshman year, he hiked the Grand Canyon, which started a love-affair with Arizona. One year after graduation, he married his college-sweetheart. Doug and Jennifer lived in Athens, Ohio, Huntsville, Alabama and Kansas City working their way up the radio ladder to eventually return to Arizona.

Near the end of 1999, Doug and Jennifer were living in Alabama but had returned home to Ohio to visit for Christmas. On December 31st, while everyone was worried about Y2K, Doug and Jennifer were in the hospital hoping their daughter, Vienna, was NOT going to be born. You see, Jennifer was only 21 weeks pregnant. Doug never felt closer to the Holy Spirit because seven different doctors wanted to abort the pregnancy, but Doug and Jennifer stayed strong within their faith, continuing with the pregnancy for three more weeks. Vienna was born four months early and weighed 1 pound 4 ounces.

Vienna was given a 20% chance to live without defects. Vienna is now a healthy 23-year old woman. She attended NAU for one year. With the help of Father Matt Lowry and the Holy Spirit, Vienna helped to convert her agnostic roommate and roommate’s boyfriend to Catholicism.

Doug spent 15 years waking up Arizonans with Ron Wolfley on "Doug and Wolf." It is the longest running pairing of two radio personalities in Arizona radio history. In August of 2021, the show ended, which has allowed Doug to focus on his religion, family and new podcast.

One of the best moments in Doug’s career came after the last show when his priest, and now, our new Vicar General, Father John Muir from St. Thomas Aquinas in Avondale, came to his door with beers and a Bible, saying, “I figured we needed to pray and drink.”